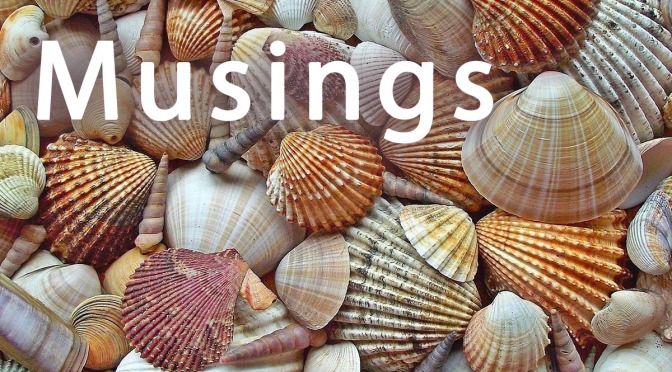 Every so often, in a writing group that I am a member of, someone will ask this question. What is your favorite writing spot? I invariably and blithely answer: Have laptop, will travel. Then it dawned on me that my laptop does indeed travel where I do.

I am an obsessed writer.

I began reading at an early age, and in elementary school, I discovered writing. My efforts were admittedly short stories about my Chihuahua, Henry, but I was writing. I was that rare student who loved having essays and term paper assignments, relishing in the research as well the composing. My lust for writing had begun.

Then I graduated college and well, had to act like an adult. I continued to read, but my writing efforts were work-related and, while important, certainly not imaginative. Difficult to make a policy and procedures or a training manual fun, but I did love writing newsletters where I could be a bit more creative.

During these years, a gnawing urge began to develop. I wanted to write fiction. As a child, I had a vivid imagination that followed me to adulthood. However, I had doubts as to whether I could write a story good enough to attract readers. I had taken creative writing courses, but college was behind me, and I was unsure I had the skills. I needed practice, but how?

I know – it’s fanfiction, but I deduced that with developed characters and show canon already in place, I could concentrate on how to construct a story and write dialog. It was fanfiction, easy, and all the fans of the show would love all the stories. Wrong. Critique in the world of fanfic can be brutal. Fortunately, most were kind to me.

But it worked, I gained confidence and discovered the weaknesses I needed to address by writing over eighty stories about a canceled science-fiction show. Yes, eighty. You see, I couldn’t stop writing. The more I wrote, the more I wanted to write. And once I began to believe I could write, I left fanfic behind and started writing my first novel, a science fiction story. I haven’t stopped since.

Writers understand the call of the keyboard. I do take my laptop with me practically everywhere. No, not to the grocery store but the doctor’s office, or on a plane, any place where I have downtime with nothing else to do. Okay, maybe when I did have other things to do as well.  I only know that I need to create.

Writing every day is not a challenge for me. I hesitate to think of how many words I do write per day as an administrator for a large writing group, or on Facebook Messenger and email, and when I can, my fiction works in progress. (Yes, works. Okay, I have a few going at the same time.) I have worn out a few keyboards in the last few years. It’s when I’m not writing that the need to write manifests itself. I have a sense that I forgot something, that nagging urgency that I should be doing something. It is as if a part of me is incomplete.

If you write, you know that feeling. You have a new idea, the plot, the title, and the characters start to develop in your head. How it begins and ends. I am a pantser style writer, meaning that I don’t plan my stories before writing them. I start writing, and then the fun begins.

One of my favorite quotes about writing is from British author, Terry Pratchett:

“The first draft is just you telling yourself the story.”

If that opening line falls into place, then so does everything else. There is such a feeling of satisfaction to watch letters appear on the screen as fingers move about the keys. Hours pass like minutes as the story unfolds and, when I finally stop, there is a sense of accomplishment that today I created something. That feeling is what makes writing so obsessive for me.

Not all days are so satisfying. All writers have those days when the words won’t come, or the plot stalls or transition between scenes is elusive. When this happens, doubt begins to creep in. Is this story good enough, will anyone like it? Why am I writing? I have learned never to force the words, for those are never the right words. Taking a step back, working on another project, taking a walk, or cleaning the house (the last resort) always helps me to find my muse again, because I have to write.

I write to tell myself the story.

One thought on “Confessions of an Obsessed Writer”

the coastal quill … musings of a southern author